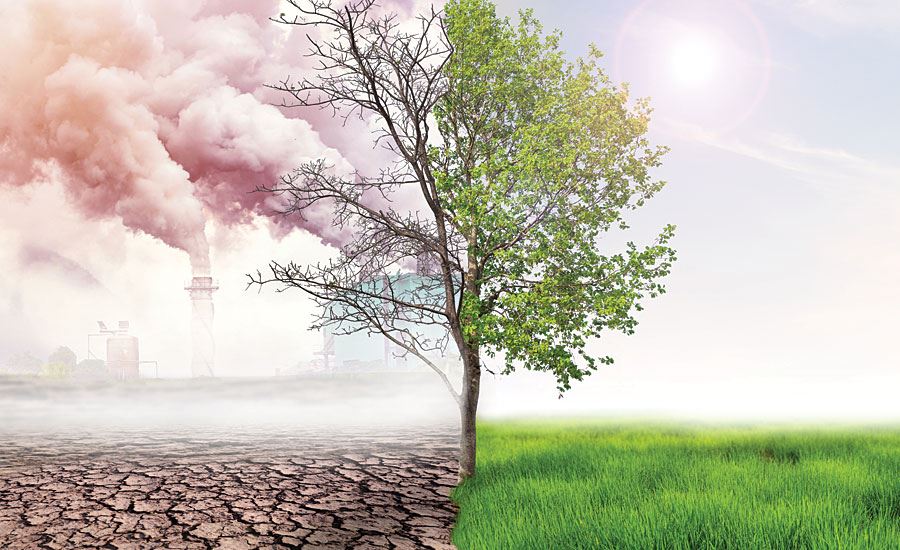 Climate change is a change in a global or regional climate pattern, which results in an increased level of atmospheric carbon dioxide produced by the burning of fossil fuels. These changes may result in the melting of the ice caps in the Arctic and Antarctic Circle region. If we do not stop the excessive burn of fossil fuels, the earth as we know it, will not be able to sustain humankind after a certain point. There are multiple factors contributing to the rise of climate change. These factors are present in different forms such as transportation, industry, agriculture, land use, and forestry. Burning of coal, oil, and gas have the most compelling part in climate change. Cutting down of forests, also known as deforestation and increasing livestock farming also contributes to climate changes and global warming. Driving cars and bikes also effuse carbon dioxide. Clearly, we are omitting carbon dioxide daily and endangering our sustenance simultaneously. Many countries have been effected due to the harmful effects of climate changes but the prime example would be of Pakistan. The ice caps in the north of our country have melted leading to catastrophic events. About one third of the country is submerged and 33 million people have lost their homes, jobs, and families. The country is having a wide scale economic crisis and it is up to us to help them. We must put an end to this cycle and say no to carbon emissions. One of the major ways is by unity. We must come together as a team and decrease our carbon footprints. We should avoid deforestation and rather switch to using e-books for paper. We should start using bicycles as a mean of transport and if not possible, then try using buses. The amount of damage we have done is a lot. However, slowly and gradually, if we keep on working towards our main objective, we will reach our target and we will end global warming and climate change.