Types of Bullying by Ahmad Ayyob 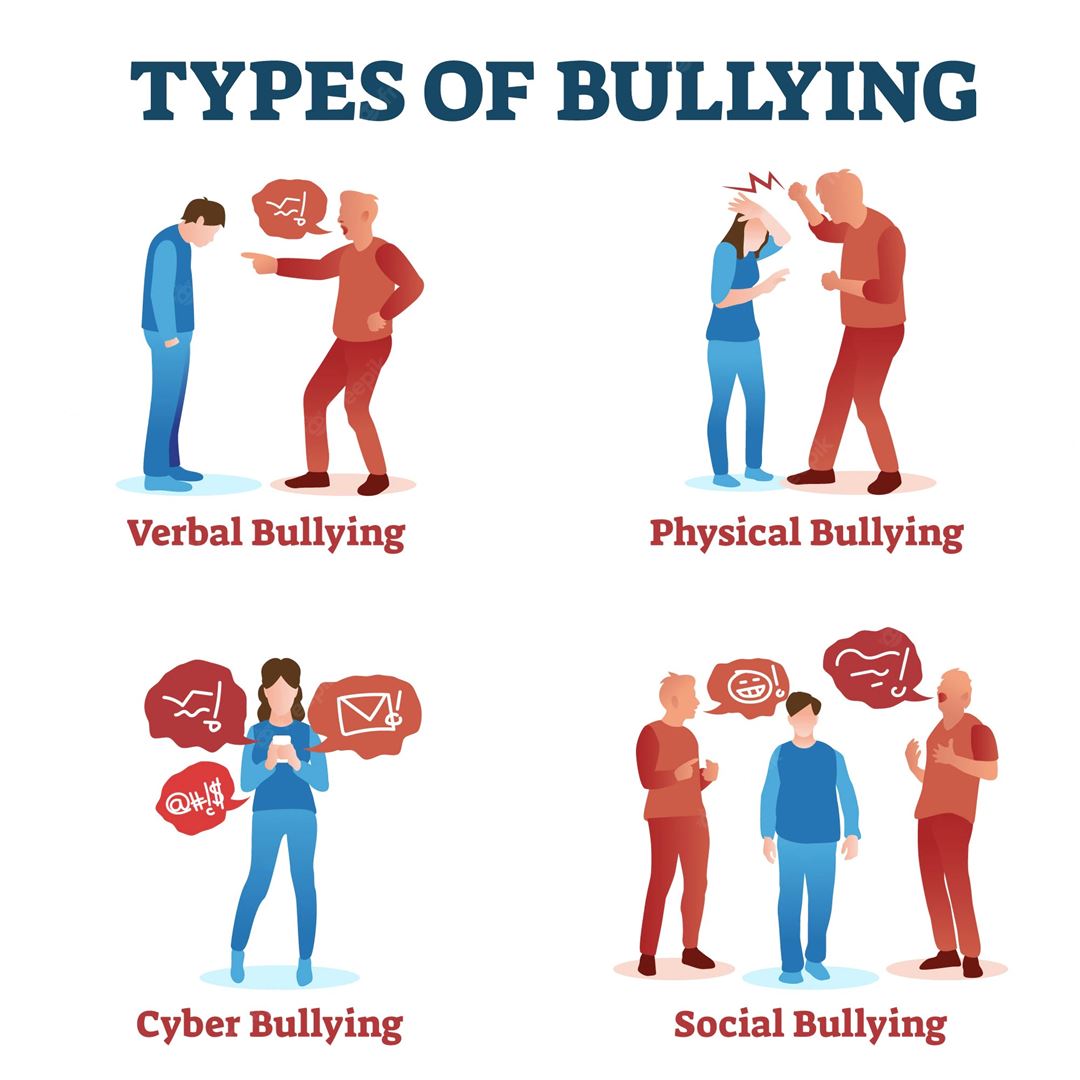 Did you know that 1 in ten students is a victim of bullying?! This is a term that we all listen to on a daily basis, however, are you aware that bullying comes in various forms? To ensure that those around us are safe from bullying, we need to be informed about the different faces of bullying.

Firstly, let us discuss what bullying is. So, let’s start off with what exactly bullying is! Bullying is unwanted, aggressive behavior among school-aged children that involves a real or perceived power imbalance. The behavior is repeated, or has the potential to be repeated, over time. Both kids who are bullied and who bully others may have serious, lasting problems.

There are four types of bullying:

In this article, we will explore four different types of bullying that many encounter on a daily basis, whether it be in school or day-to-day life - which include, but are not limited to, the following:

< >Physical, Verbal, SocialCyberbullyingPhysical Bullying - Violence is Not The Answer

Cyberbullying - The Terror of The Digital Age

The last type is cyberbullying. Cyberbullying is a culmination of several forms of bullying, but it all takes place online.

Cyberbullying is very hard to control as the person can continue making new accounts to terrorize their target. Many people suggest reporting the account but that does little to nothing and in most situations, the request gets ignored. People also suggest permanently leaving the app, but that attempt is also futile as the bully can easily learn about what other accounts you regularly use.

Now that you are aware of the common types of bullying, you can identify bullying no matter what face it takes on. This way, if someone we know is being bullied, we can identify it - without them having to tell us!

We should all try our best to help those suffering from bullying and refrain from bullying anyone. Many people claim that “the people who bully others are usually the most insecure”. While that may be true that isn’t an excuse for their behavior, rather than taking their anger out on other people, they should find a way to better themselves.