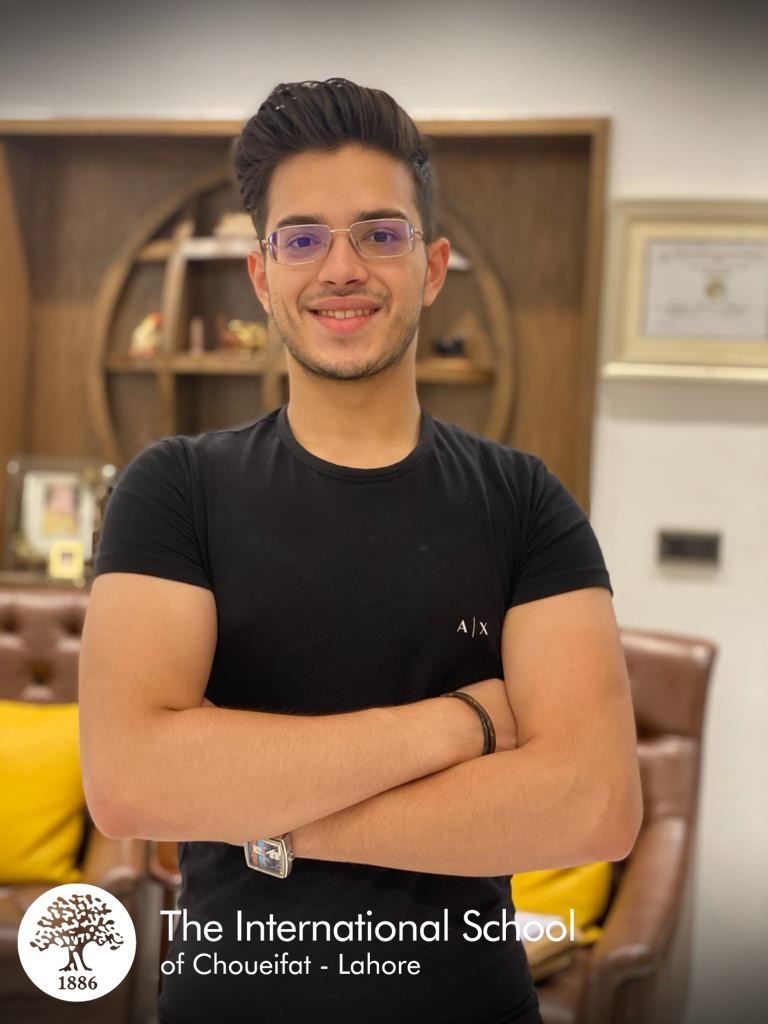 Sajid Ikram Siddiqui, an Alumni of ISC-Lahore (Batch of 2018) and currently an undergraduate LLB3 student at City University London was one of the outstanding individuals who have been awarded with the 2021 Carrot Impact Award in London.

The Carrot Awards are a historic tradition of City Students’ Union, having first been introduced in 1935 by the Super Grand Council. These awards recognise and reward outstanding individuals for their contribution to the Union, University and wider student life. These can be awarded to individual students, university staff, alumni and/or members of the public.

Annually the ceremony is held in person however due to covid restrictions this year it was broadcasted live Via online platforms.

The university nominated Sajid Ikram Siddiqui for the Impact Award as this individual has done a lot for the community, within and outside of City University, this year during the pandemic.

Within the university Sajid worked hard to overcome the gap which the pandemic brought between student’s and their studies. He hosted private group video calls where he would help his fellow law school students understand difficult concepts. Furthermore he was in his home country, Pakistan during the pandemic and once covid restrictions were eased out in Pakistan, he conducted socially distanced study group sessions in his house for city university Law Students currently staying in Pakistan. Helped students with exam time tables and also became the LLB program representative for second year law students.
He nominated himself in the elections and got elected as the Finance secretary of The Pakistan Society furthermore, he also achieved the accomplishment of being elected as the Chair of Student’s Council. Through his chair student council’s role, he raised awareness and encouraged students to raise up their voices by submitting motions in the council and helped students draft and submit motions

Through the Pakistan society role, Sajid effectively ran the Pakistan Society of City University this year and hosted online events for students to make new friends. As the president of the society was mostly unavailable due to family responsibilities and covid-19, Sajid single handedly handled all the social media and event planning of the society, taking the burden off of the president so that the president can take care of the corona victims within his family. Sajid Organised a collaboration with Shahid Afridi Foundation (Shahid Afridi is one of the world’s most recognisable cricketer). Sajid made all the posters and all the ticket prices were donated towards the education of financially weak students in England. Furthermore he made a whole new team for the Pakistan Society and labeled it ‘The Vision Team’. He mentored the team himself so they can get invaluable work experience and help him organise events. This team, under the supervision of Sajid, later on collaborated with many societies and helped in charitable campaigns. The most notable collaboration Sajid organised was with the Afghan charity week (ACW). It was a charitable collaboration among different societies from different London universities and together with the support of Sajid’s society, the ACW was able to raise up to 31,595.38 GBP. Sajid’s society was voted as best collaboration within the Afghan Charity Week campaign. Furthermore he managed to use his platform in the Pakistan Society to help in organising the biggest collaboration in the history of this society. Total 9 universities from all over the UK took part in it and through this Sajid was able to help people connect and make new friends. This was vital given that everyone had been at home throughout the year due to covid-19. A small meet and greet was also hosted online where 70 students participated and got a healthy platform to socialise while being quarantined at home.

Now highlighting Sajid’s wonderful impact outside the University. I can guarantee that even outside the university Sajid has been very active in social issues relating to the pandemic. He used his instagram platform to post about victims who lost their jobs during the pandemic and helped get donations for them to support them financially. Up till now he has gotten donations for approximately 105 different cases. I have not kept a clear record of every case but after a discussion with Sajid, I got to know that he has helped 10 university students studying in Pakistan pay their university fees and help them complete their education. Most of these students either lost their jobs or lost their father due to corona and had no other means to pay for themselves. Sajid said that he believes no talented student should be deprived from education due to financial reasons. Furthermore, he has successfully closed 18 medical cases which included paying for the treatment of 3 cancer patient in critical situation, 2 C-sections, a miscarriage, Ovarian cyst removal surgery and a few more medical surgeries. He has helped gather donations for 4 girls to pay for their marriage. He has helped single mothers who lost their jobs due to corona, helped them pay rent for their apartment which prevented them from going homeless. Done multiple food drives and provided food to more than 50 families by gathering donations through his instagram platform. All these cases mentioned above required donations due to the fact that some of the victims lost their jobs as a direct result of covid-19 whereas some of them lost the bread winners of the family due to covid-19.
Further more, in August 2020 there was a destructive flood in Karachi (Pakistan’s largest city) and Sajid collaborated with a NGO and provided food to the flood victims. Everyday for a whole week, food was being provided in different parts of the city. Sajid was able to reach out to a total of approximately 2,200 hungry and needy victims and most of them had lost their homes due to the severe flood. In total, over the past few months Sajid has worked diligently towards using his instagram platform and raised approximately 1,153,000 Pakistani rupees (around 5,500 gbp ) in the form of donations for more than a hundred cases all affected by the ongoing pandemic.
Now that the islamic month of ramadan is approaching, he is starting a new campaign to provide food to 200 families through out the month.
I believe that the university should recognise Sajid’s positive impact on the society and should encourage him by awarding him with the Impact Award.

All the best Sajid! Well Done!