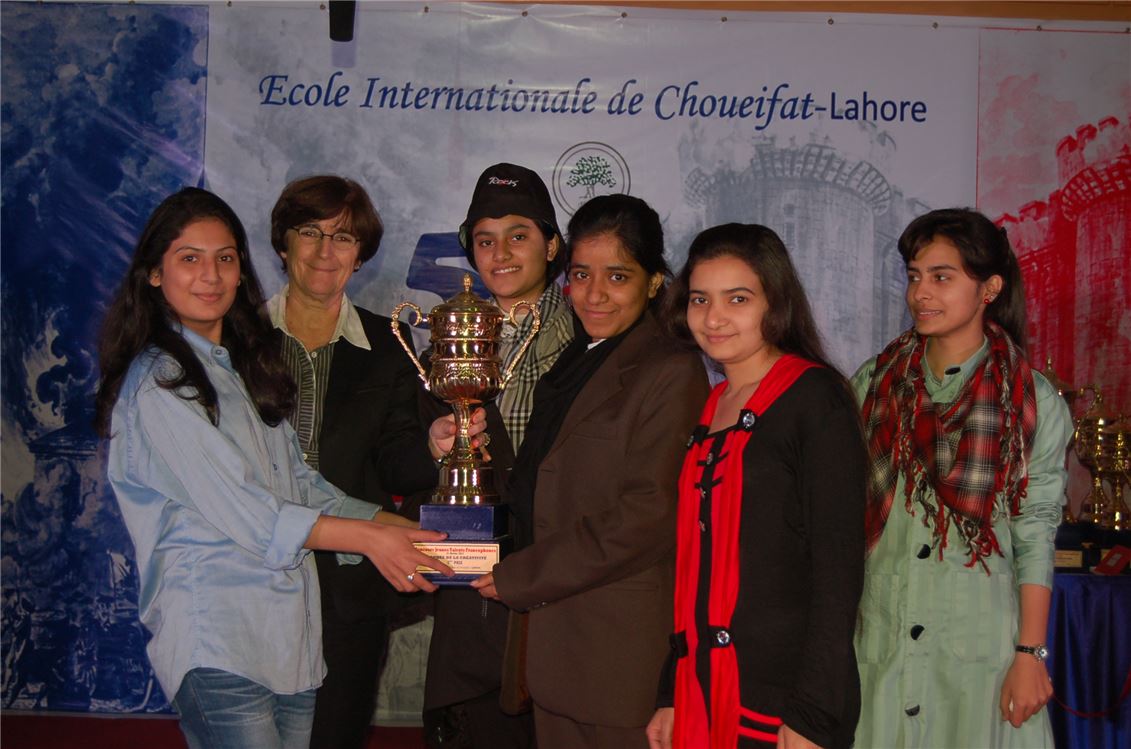 Perhaps our school's greatest event this year was the recent French Festival. Months of hard work, practice, and dedication paid off in the form of a program that went off without a hitch. The program celebrated and illustrated French culture with skits, songs, plays, and other theatrical performances. Its success was augmented by the enthusiasm of the competing schools which performed with all the gusto of the French libertarians that formed the main theme of the festival's performances.

Our school's French Department must be noted as the most integral part of this festival. It is due to their incessant contribution of time, effort and meticulous attention to detail that this event went so magnificently. Our teachers from the French department along with students of French practiced painstakingly for this day and it was due to this that they accomplished all that they wanted to at this festival and more.

Led by the Head of the French Department, Dr. Catala, the talented members of our school's French clubs and classes excelled on stage. The SABIS SLO® department provided ample assistance to the program, supporting the already talented cast with its own organizers, prefects, and volunteers. Everything went like clockwork. The event ran smoothly and each school received ample time and accommodation to perform on stage.

Many schools from around Lahore joined us at the festival, with their own unique dances, songs, and skits. A panel of qualified judges evaluated each performance, and for the sake of impartiality, ISC Lahore itself decided to keep out of the running for the competitive trophies. Even with accomplished and competitive schools such as Aitchison, ASIA, Fatima Jinnah Girls College, Alliance Francais, LGS Junior, and LGS Paragon, the competition was fun. One of the highlights of the evening was the French parade of ISC Lahore, showing the importance of the French Revolution's main goals: Liberty, Fraternity, and Revolution.
Prominent among the guests were the French cultural attaché and our school's Regional Director Mr. Salah Ayche. Everyone was ecstatic to be part of a production that represented both our school and, by extension, our country, in such a good light. All in all, the Festival was a great success and we eagerly anticipate next year’s French experience.