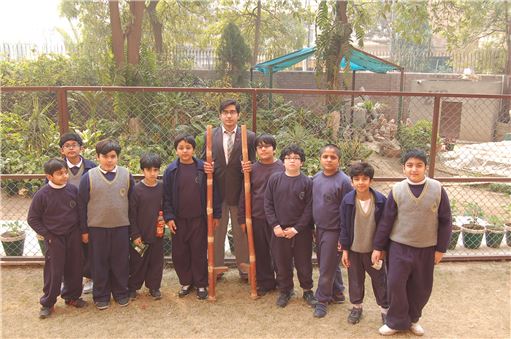 The International Week of China was held over four days from 27th-30th January, timed to coincide with the Chinese New Year on 31st January. The first day commenced with a baking workshop for fifty students from Grades 5 and 6 who tried their hand at making the pineapple tarts - a traditional Chinese New Year delicacy. The second day featured movie clips introducing China and its culture to students of Grades 2 to 9. Over fifty students from Grades 1 to 9 participated in the colorful fashion and cultural dance performance on the third day. A food and games carnival marked the finale where students from all grades indulged in Chinese cuisine and attempted traditional    Chinese arts and sports such as calligraphy and stilt-walking.